Ask Me No Questions I Will Tell You No Lies

I recently read from a source of great authority*, that a four year child asks - on average - 437 questions a day.

Now I know men that don't even speak 437 words in a day let alone that many questions, so I decided to do a little experiment.  After all, you can take the girl out of the research lab, but you can't take the researcher out of the girl.

So for one day last week I followed the Blonde Bombshell around with a piece of paper and pen and tallied up every time she asked a question.  To make it even more interesting, I counted separately each time she asked for food, and each time she simply asked "why?" (perhaps the most irritating question a four-year old can ask).

I learned some very interesting things.

* The Bombshell managed to ask 167 questions in little over 13 hours.

* Therefore, there must be a bunch of kids out there that do not stop asking questions, because if The Bombshell came in drastically below average, there are some poor mums out there who have to field over 700 questions a day (my sympathies).

* While I would have estimated that the Bombshell asked 'why?' at least a thousand times a day, she in fact only said it 12 times.  12 was enough.

* Similarly, she only asked for food 12 times over the course of the day. This could be because she often just helps herself to food in the cupboard anyway.

* I have come to the conclusion that if she had better manners, her count would have been much higher, because 'I want to watch TV' can't be classified as a question, but had she said 'Please can I watch TV?' she she would have another point.  Perhaps the researchers* just had super polite kids. 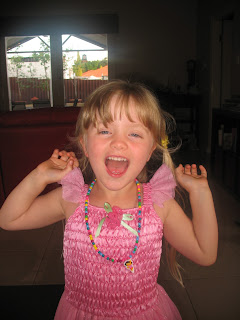